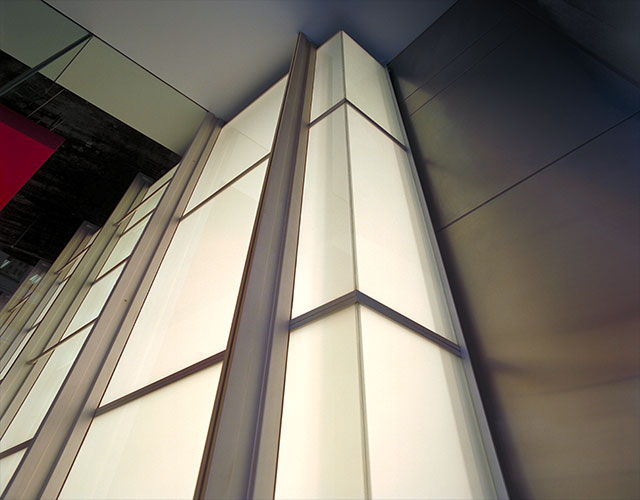 Designed by Huntsman Architectural Group, this lobby sought to draw on the idea of industrial and alternative spaces becoming emblems of innovation and creativity. To emulate this concept, materials such as concrete, raw wood, synthetic paneling and bold color were incorporated into the design. Original board-formed concrete walls and columns were stripped of finishes and exposed. Materials picked to contrast with the concrete’s austerity were a mirror-finish black terrazzo floor, an upholstered vinyl wall and glass screens projecting towards the street. The most striking feature is the floating red form suspended from the lobby ceiling. The AIA Jury noted that the lobby “is a theatrical space, which paces its impact in stages as you enter it… Its simplicity is powerful and unexpected and it moves beyond the raw concrete cliché”.